The Crown corporation had previously said it wouldn’t be making a contribution to the project.

“I think inside of new leadership, a focus on the community, and the people within the community; health and wellness is something we have a history of contributing to,” John MacIsaac, a Nalcor executive vice-president, said at the announcement in Happy Valley-Goose Bay on Wednesday.

“It’s one of our core values and it makes full sense to be an anchor in kicking off the capital campaign — felt like the right thing to do.”

Happy Valley-Goose Bay town council previously expressed its frustration with Nalcor over a lack of communication surrounding the project.

Mayor Jamie Snook said he started asking Nalcor for a donation to put towards the Wellness Centre when he was first elected in 2013.

But meetings with the company took a different tone in January, Snook said.

“I gotta say, since we started to meet with the new key individuals in the company — from Jim Keating, John MacIsaac to Kevin Burt  — all of these individuals seem to be getting what we were saying in how important it was to the community,” Snook said.

“This today is a very tangible contribution that shows they got it, and I think it’s going to help us now raise the rest of the money that we need.”

Request for proposals on the project are expected to go out this fall, meaning the aim is to break ground next spring.

“We’re happy and excited to be part of [the] initiative moving forward,” MasIsaan said.

“It really doesn’t have any bearing on the project or where the project is today or where we’re going in the future.”

The Newfoundland and Labrador Building Trades Council also announced a $75,000 contribution, while the Nunatsiavut Group of Companies made a real estate deal with the town for the location of the centre, which equates to about a $350,000 donation. 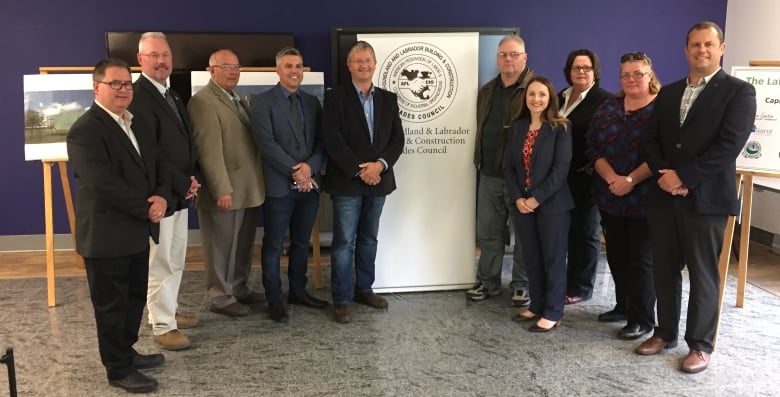 An announcement was held Wednesday afternoon in Happy Valley-Goose Bay kicking off the capital campaign for the Labrador Wellness Centre. (Katie Breen/CBC)

The province previously made an $11 million commitment to the project, its largest investment in the Happy Valley-Goose Bay’s recreational infrastructure to date.

The Labrador Wellness Centre is expected to cost between $20 million and $25 million and will encompas a gym, pool and walking and runing track run by the YMCA.